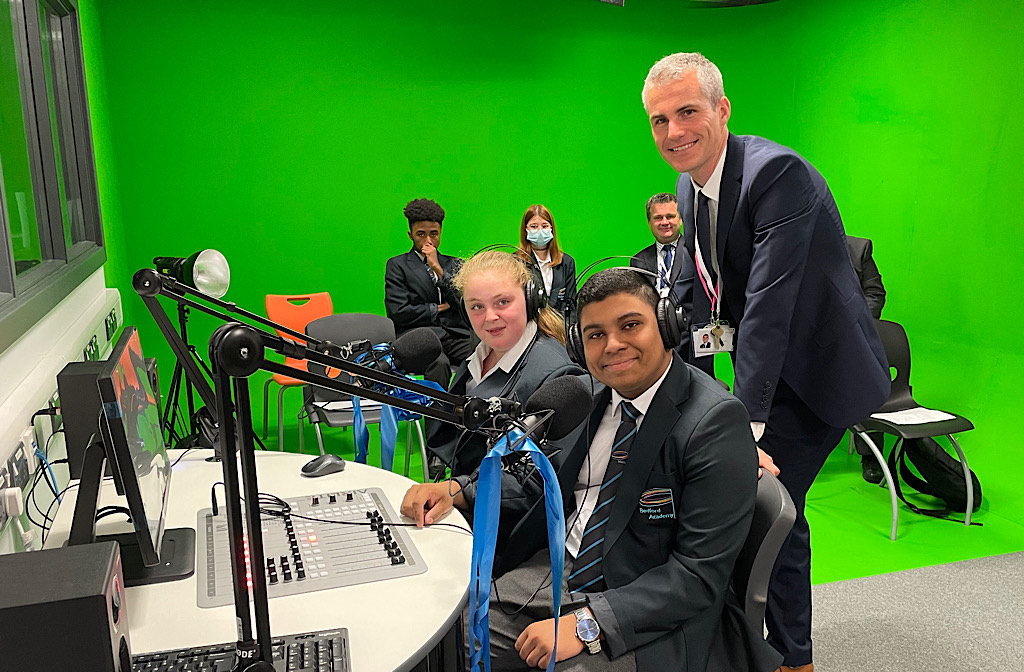 A new initiative to improve students’ communication skills, career choices and community engagement has been launched at Bedford Academy.

The new school radio station, BA Radio, was officially launched on September 13 with the help of BBC Three Counties presenter Justin Dealey, who offered his support to the students and said he was eager to share his expertise.

The radio station was designed by the school’s STEM coordinator, Ms. Vinette Hoffman-Jackson, who said, â€œEquipping our students with effective communication skills will lay the foundation for our future success.

“Our priority is to provide first-class education and support to all students who attend our school through innovation and research.”

The student-run radio station is already proving popular. New 7th grade student Debora Cipriano said she was excited to start her own wellness radio show while Yahya Chowdhury spoke about interviewing our Prime Minister Boris Johnson in the future.

Tesfa Bernard, a 10th year student with the ambition to study sports journalism, said he was excited about the prospect of presenting a sports program.

The radio station will initially be web-based and plans to obtain a DAB license in the near future.

More than ever, we need your help to fund quality Bedford Independent journalism serving our community …