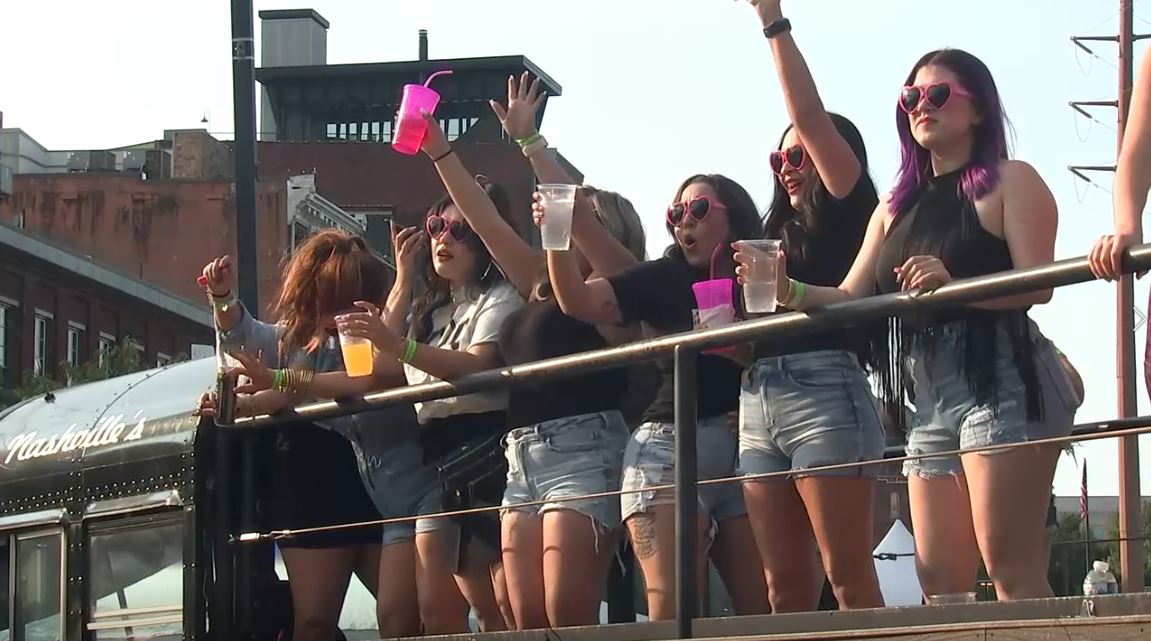 NASHVILLE, Tennessee (WKRN) – It has been more than a week since Metro City Council banned alcohol consumption on party buses and rail cars. Today, a local radio station launched a campaign to demand an amendment.

â€œI thought it was unfair to these vehicles because Broadway is a party zone,â€ said Josh Innes, host of the Josh Innes Show on 105.9 The Rock. â€œThat’s why people come here. The woo girls come here to party.

Broadway compared to “alcoholic theme park”; What needs to change

The ordinance adopted 33-3. It gives the Metro Transportation and Licensing Commission the power to prohibit passengers from bringing their own alcohol in party vehicles. The new legislation would also punish operators for noise complaints, forcing owners to pay a hefty fine and a one-year suspension.

â€œI think it was really, really rushed,â€ said Dustin Olson, director of Sprocket Rocket, a transportation company with party bikes and a party truck. â€œWhile I agree with the rules, I think there should have been some kind of middle groundâ€¦ I think an amendment where it’s like, ‘Sure, take the alcohol out. I’m okay with that because I don’t have to take care of it. Just give us a beer permit and we can serve them beers.

Olson says Sprocket Rocket has seen their earnings drop before.

â€œI’ve seen people call about it before and some didn’t even want to book,â€ Olson said. â€œDecember slows down a lot because they’re anxious or not sure whether to book or not. “

iHeart Radio and The Josh Innes show have developed their own campaign to bring back alcohol.

â€œI thought it was hypocritical and unfair,â€ Innes said. â€œIt was hypocritical because you could walk into Jason Aldean or Luke Bryan’s place and someone could get hammered and come out and fight with someone and no one was like, ‘hey, let’s shut down Broadway for good. “

The radio show‘s host will be doing a live broadcast along Broadway on Friday morning with a festive bus parade. The aim is to raise awareness and encourage city leaders to consider amending the ordinance.

“I would like an amendment to pass and these people to come to their senses and say ‘we don’t want to be the politicians who killed the small businesses in Nashville,'” said Innes.