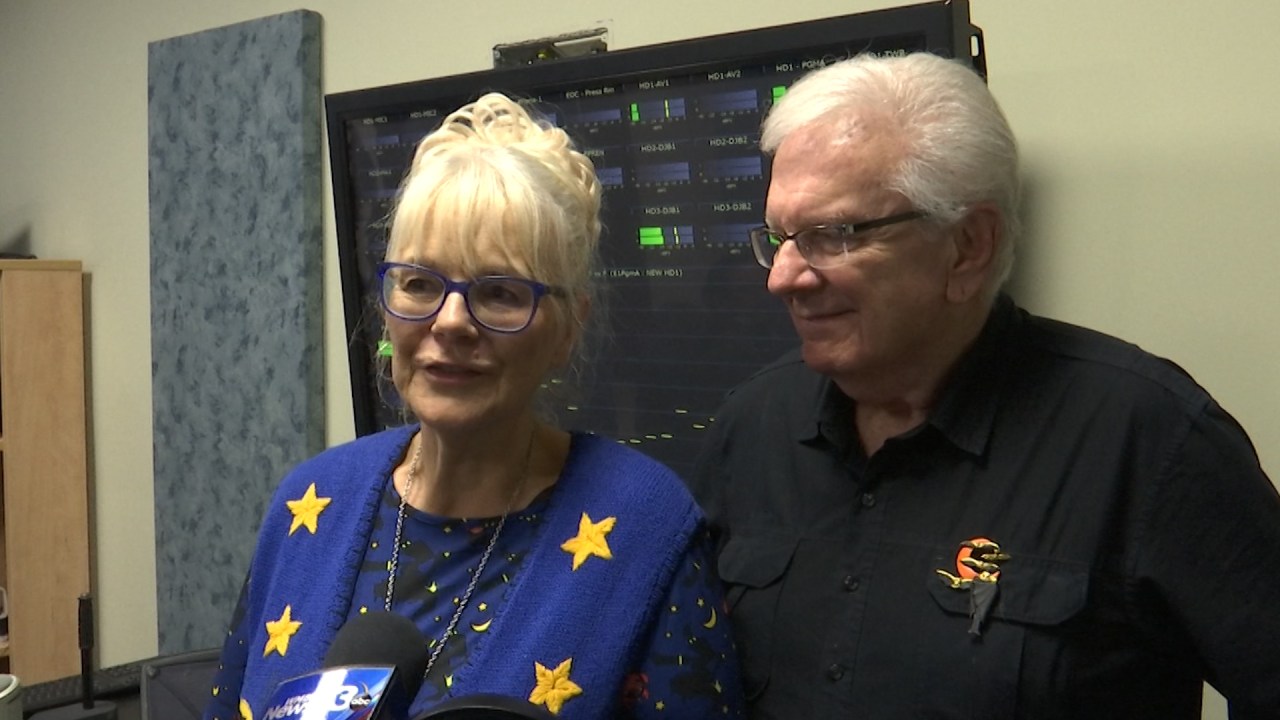 PANAMA CITY, Fla. (WMBB) – A famous married couple who are best known for their radio show in Chicago are back in Bay County, helping to host a special Halloween radio show here.

Steve King and his wife Johnnie Putman, who have been hosts of WGN radio in Chicago since 1984, were in town for a Halloween show held at WKGC-FM at Gulf Coast State College.

The night’s show included Halloween stories, live performances by local artists, and more. With a combined 99 years of experience in the radio business, they said doing the job together has its benefits and recommended that couples give it a try.

“You can’t be mad at the person you’re going to have to talk to for five or six hours, so that’s a great way to make things right,” Johnnie Putman said.

“Every family needs a microphone so they can say ‘Oops, we have to look good,’” King added.

“Salt and pepper shakers should be microphones so you can sit down and talk to each other,” Putman noted.

The couple, who have been visiting the Bay County area together since the early 1980s, live here part time. However, when they returned to Chicago, they said they were still doing their best to highlight the devastation from Hurricane Michael.

“We love it here, literally we spend half our year here and one of the things we try to do when we get back to Chicago is make people aware of what still needs to be done here after the ‘Hurricane Michael,’ said King. .

“I don’t want them left out here, so it’s our part when we get back to Chicago,” Putman said.