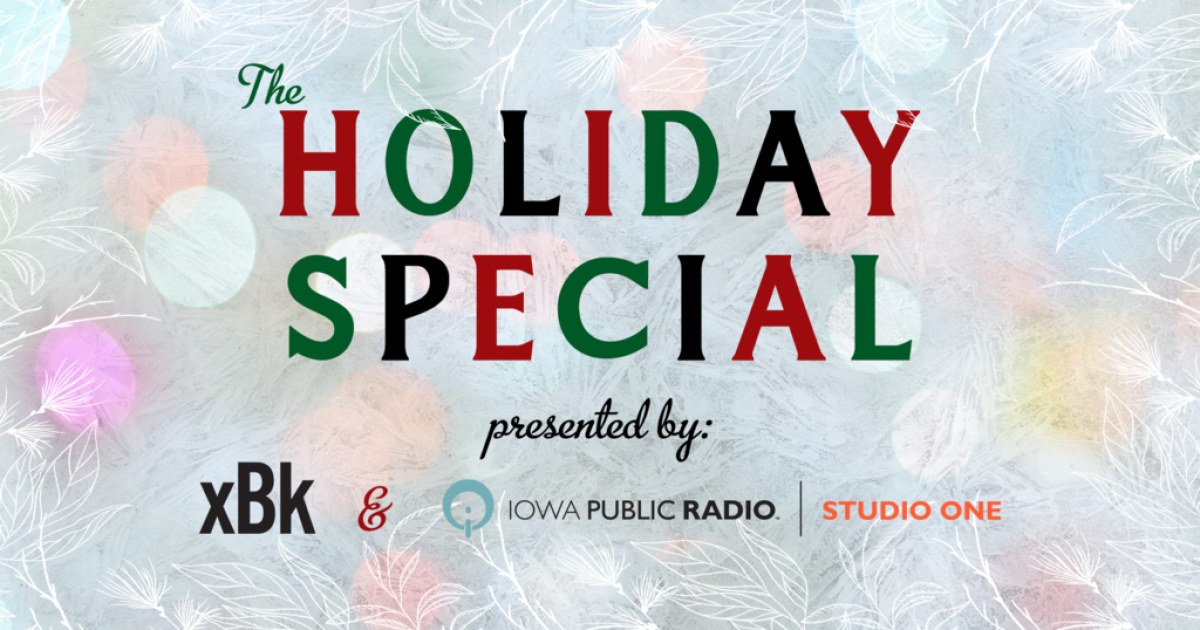 It was the day before the solstice, and all over the house … there was a lot of commotion. It was Sunday night and everyone was home.

Listen everyone, it may have been a long and strange journey this year, but we will not let anything, not even a pandemic, steal our zest for life.

Join Iowa Public Radio Studio One and xBk for a vacation adventure starring an evil villain who stole live vacation entertainment and a cast of characters bringing back harmony.

Listen to “The Holiday Special” with new music from Ducharme-Jones, Elizabeth moen, The finesse, Surf zombies, Lily De Taeye and more on Studio One Tracks at 7 p.m. on December 20 and 25. Post it on iowapublicradio.org.

We unfortunately can’t get together in person this year for our annual Studio One Underground holiday concert, but we couldn’t let the year go by without doing something for Christmas.

“The Holiday Special” is a multimedia collaboration between more than 40 musicians and creators from Iowa written by Madison Ray of The Finesse, Charlie Reese and Megan Helmers.

Several of the new songs on the show come with music videos that you can find on Iowa Public Radio YouTube channel. The videos were shot at xBk in Des Moines and ReUnion Brewery in Iowa City.

â€œWe all need this,â€ Ray says of the production. “After a year full of tragedies and scandals, we look to our community for hope and healing. Getting together may seem different from before, but we are still on both sides of the curtain.”

Among the songs included is a new original song by Ducharme-Jones by Des Moines. “On The Darkest Nights” is part of their upcoming album, which will be released in January 2021.

The song was written at the start of the pandemic and was inspired by the hope that something as serious as an international crisis would bring the country and the world closer together. It was co-written by Anne and David Ducharme-Jones, with performances by David and Anne (guitar and vocals), Scot Sutherland (bass guitar), Jim Stevens (drums and percussion) and Al Kabela (steel pedal).

If you are a fan of Elizabeth Moen, know that she rewrote the lyrics to her single “Red” about Santa Claus, and this song is also part of this radio special, with a backing clip with dancing. aerial by Iowa City’s Mimi Ke.

Iowa Public Radio is teaming up with xBk to present our Studio One Underground series, which has been on hiatus since February.

Tobi Parks, co-owner of the venue, has worked in multiple ways to keep her venue and others active throughout this year as an active organizer of the National Independent Venue Association and the #SaveOurStages movement.

Venues may be closed due to the pandemic, but that doesn’t mean the stages have to go dark.

“Our team at xBk is thrilled to partner with IPR’s Studio One on this program. It was wonderful to be able to creatively collaborate on a production that showcases the musical family and public radio in Iowa,” she declared. â€œSo much has been lost to the pandemic this year, but we can continue to create and innovate to provide entertainment to the public in Iowa. Just because our doors are closed doesn’t mean we have to stop being creative!

There is so much thought to this production. Working on it made me smile a lot, something that I needed, maybe like you too, this year. It was only through collaboration and the creative community that this was made possible. Hope you will connect.