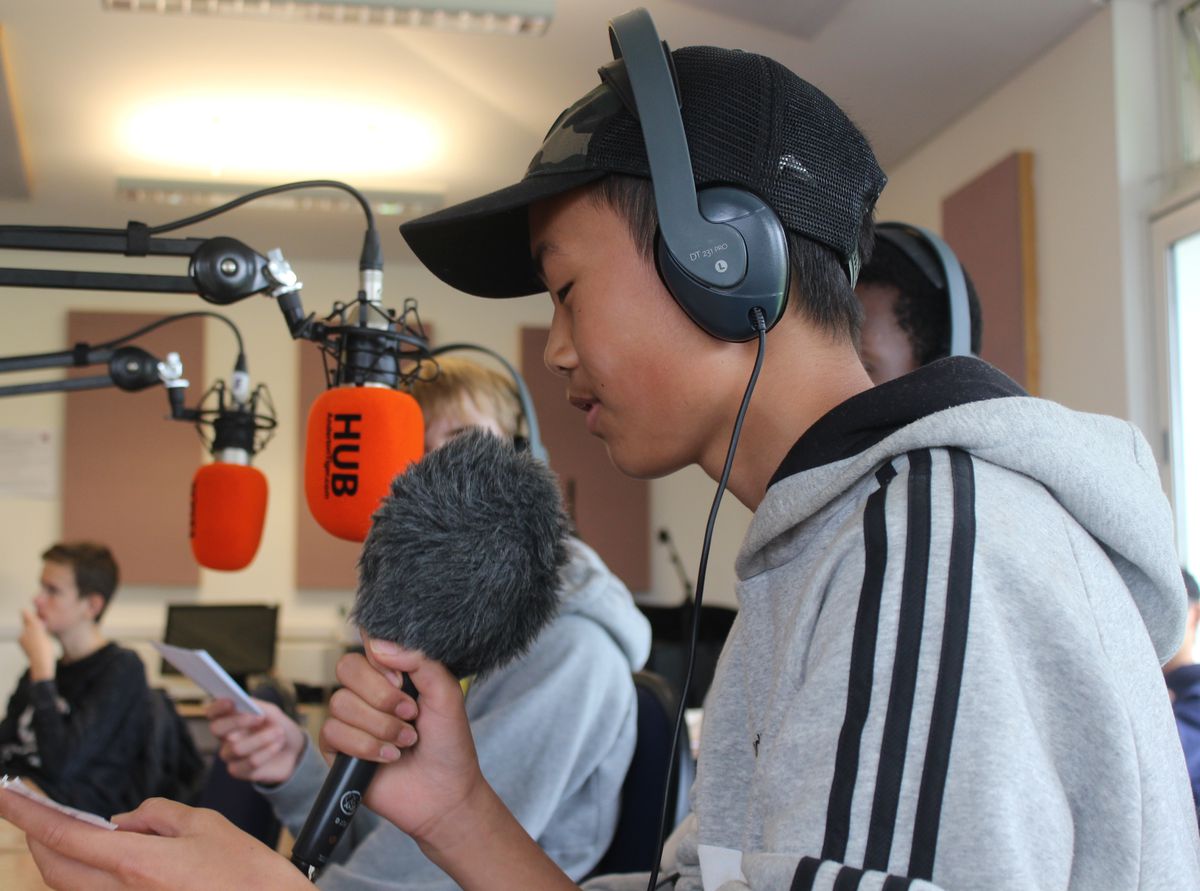 The radio broadcast by three students from Acton Burnell-based Concord College drew 21 listeners from Hong Kong as well as nine from Nigeria and 21 from the UK.

The 24 students even received texts and tweets during the show designed to help them develop their communication and management skills as well as learn a new trade.

From their location in the college’s music department, students had only 45 minutes to learn about broadcasting and prepare for the 15-minute show.

They were guided by broadcaster, author and educator Russell Prue, of Anderton Tiger Radio, who designs and hand-builds live educational radio stations for schools around the world.

He has worked on projects for the Department of Education and the BBC, demonstrating his passion for providing learning opportunities to young people.

As the anticipation grew, the students frantically planned and worked in small groups on whatever radio sections they wanted with the time of just one practice session.

After the show, Mr Prue said: â€œI was very impressed with the performance of the students in a high pressure environment and over such a short period of time.

â€œThey were all engaged and responsive, which was reflected in their show – they produced something that was truly broadcast quality. It was a pleasure to work with such talented students.

Concord Music Director Stavros Kokkinos said: â€œIt’s a huge thank you to Russell for facilitating the workshop and broadcasting.

“To echo Russell, it was great to see the students accomplish so much in such a short amount of time.”

â€œThere is enormous potential for cross-disciplinary sharing, teaching and learning, which will also help engage the Concord community at large. “

The workshop organizer was computer science teacher Tim Curtis who was thanked by Mr. Kokkinos for putting on a â€œbrilliant afternoonâ€.

Louder Than War is launching his own radio station!