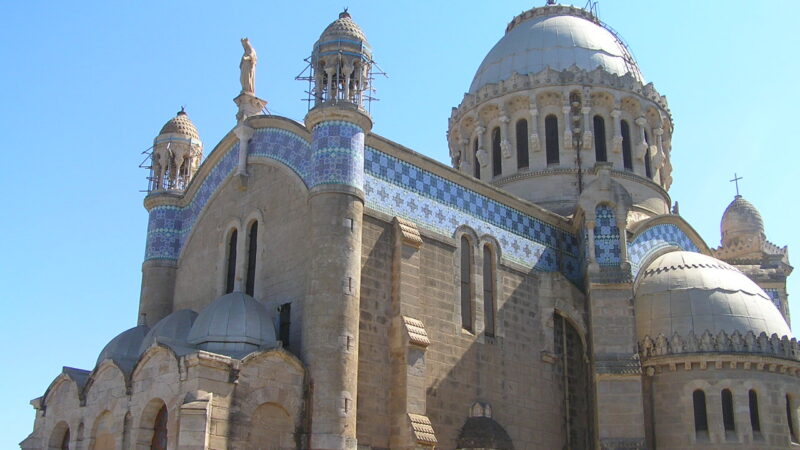 Algeria’s Christian minority faces discrimination and prosecution amid growing fundamentalism and the government’s failure to enforce religious equality. its file is licensed under the Creative Commons Attribution license

This article was originally published on October 22, 2021 by Raseef22, an independent media platform. An edited version is republished here, as part of a content sharing agreement.

Christians in Algeria are caught in a new crisis, which many see as a reflection of the intolerance with which the Algerian state treats Christians and their beliefs.

This latest stalemate began when a morning show on Constantine Public Radio aired the song “Eid al-Layl” (Night of the Feast) by famous singer Fayrouz, which had a line that read, “Jesus visited at night. .. Jesus colored the night. ” Shortly after, the director of the radio, Mourad Boukerzaza, was dismissed from his post after being indicted for broadcasting songs and hymns glorifying the Christian religion.

The announcement of his dismissal triggered a uproar on the pages of social networks, between those who oppose what they consider to be an increasingly â€œDaesh-typeâ€ country, and those who are in favor of the fight against religious proselytism.

#Lebanon #Algeria : Reports that several staff at a local radio station in Algeria were fired after complaining that they were playing Christian songs sung by Fairouz – apparently including “Oh Jesus” # ÙÙŠØ±ÙˆØ² pic.twitter.com/YpHVbQTVIO

These angry reactions were followed by the Algerian Public Radio (EPRS) denying any connection between the dismissal of the director of the radio and the broadcast of Christian hymns. He revealed that Mourad had been dismissed from his post for purely administrative reasons.

Apart from the government’s statement, the marginalization of Algerian Christians has worsened in recent years, with many hiding their faith and beliefs from their colleagues for fear of persecution.

The fall of grace

Although the arrival of Christianity in Algeria occurred in Roman times, its modern revival came in the hands of European immigrants in the 19th century. These European newcomers built churches, schools and health centers, which led a number of Algerian Muslims to convert to Christianity, especially in the northern region of Berber-speaking Kabylia.

Meanwhile, Catholic Christians of European descent had the best chances of securing high-level government posts, as well as seizing a significant chunk of Algeria’s economy.

The independence of Algeria on July 5, 1962 marked the end of the golden age of Christians in the country. Statistics indicate that Christians at that time made up over 12 percent of the country’s population, but after independence up to 800,000 Christian settlers were evacuated to France; 200,000 have decided to stay in Algeria.

Over time, with increasing restrictions which then turned violent, the percentage of Christians in Algeria fell to just 1% of the population.

As Islamists gained a foothold in Algeria and Salafist tendencies spread throughout the country, not only Christian property was threatened, but their lives as well: Christian clergy began to be the target of extremists.

In 1962, the Oran massacre claimed the lives of 95 people, most of them of European descent. In 1996, seven monks from Tibhirine were kidnapped in Algeria and murdered by the Armed Islamic Group (GIA). The same year, an explosion targeted the car of the Bishop of Oran, Pierre Claverie, instantly killing him and his driver.

It is not only Islamic fundamentalism that has targeted Christians in Algeria; the state itself, through its various regimes, has played an undeniable role in stifling and restricting them.

According to the 2018 report of the United States Commission on International Religious Freedom, Christians in Algeria were subjected to state repression which resulted in the closure of more than a dozen churches in 2017, and other closures continued the following year. To date, these churches have not been reopened, and in June, the commission recommended that Algeria be placed on the State Department’s watch list.

These successive blows were mainly directed against the Protestant denomination of Christianity, which some argue is due to the fact that, unlike the Catholic Church, which enjoys strong protection from Europe, the Protestant Church n has no support.

A problem of proselytism

For their part, the greatest justification offered by the Algerian authorities for the closure of churches is to prevent the proselytism and evangelization that they accuse of leading these churches.

Speaking to Algerian newspaper ElChorouk El Yawmi in October 2019, the governor of Tizi Ouzou said he had decided to close a church following complaints from a citizen about his suspicious activity. Some reports indicate that in 2015 the number of Algerians converted to Christianity exceeded 380,000, most of them from the Kabylia region.

In 2019, Sarah Leah Whitson, then director of the Middle East and North Africa division at Human Rights Watch, commented on the shutdown in an official statement:

The Algerian authorities should grant religious minorities the same freedom to practice their faith as the Muslim majority. All churches that have been arbitrarily closed should be allowed to reopen.

Algerian Minister of Religious Affairs Mohamed Issa has denied accusations that his country persecutes minorities. He said the buildings that were closed were originally educational institutions, homes or shops with legally permitted activities, but had been turned into places of worship without proper permission.

A young Algerian Christian, who requested anonymity, told Raseef22: â€œI encountered many obstacles. It is very difficult to tell people in Algeria that I am a Christian.

He explained that the experience of Christians in the country varies by region: â€œThe more the region is inhabited by those who do not accept any difference or dissimilarity in their surroundings, the greater the danger and threat. Having lived in four different provinces, he could attest that the capital was by far the best in terms of hospitality and religious tolerance. As for living in one of Algeria’s city centers, he remembers it as a bitter experience: â€œI was threatened and strangers demanded that I convert to Islam to ensure my own. security. [â€¦] it was a terrible experience for me.

Commenting on the situation of Christians, Algerian researcher based in Cairo, Aziza Saadoun, told Raseef22:

The depth of the crisis is linked to the Algerian character and identity who, to a large extent, do not know the culture of diversity or difference, and it is difficult for him to accept the other.

She added that the growth of Islamic fundamentalist movements and the state’s vision of Christian churches as operators have together contributed to the creation of this Algerian identity, the result of which has been the marginalization of minorities and the denial of most basic rights.