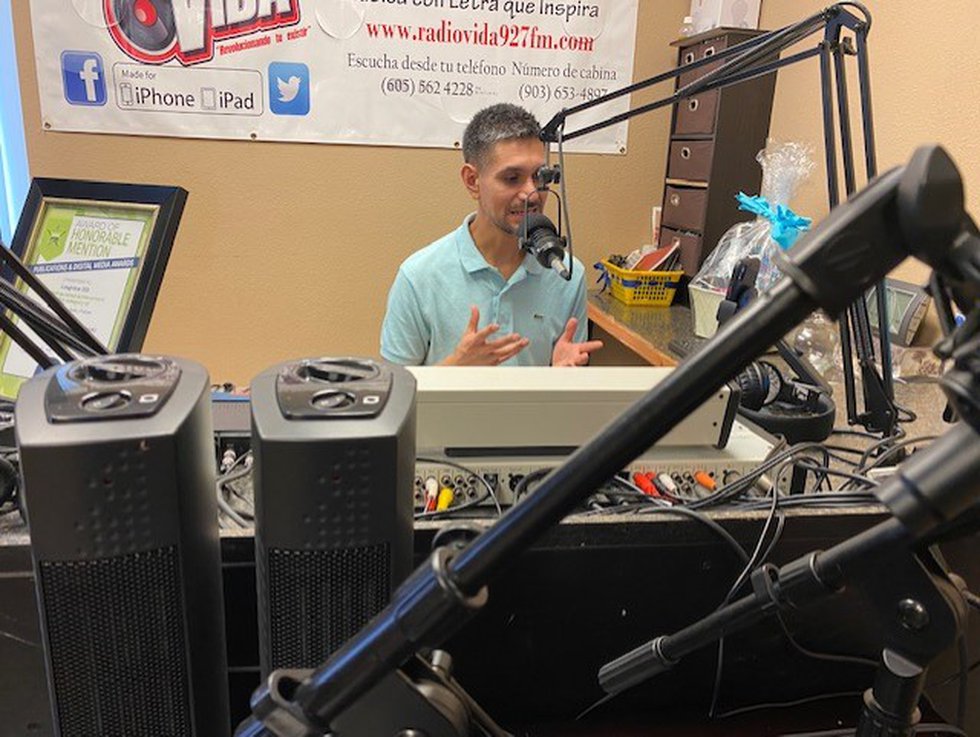 LONGVIEW, Texas (KLTV) – What began as a way to educate Spanish-speaking families about Longview ISD has grown into a nationally recognized radio show.

Longview ISD’s Spanish radio show, Lobo Live Radio Show (Spanish), has been recognized by the National School Public Relations Association. The Honorable Mention honors how the district has used the twice-weekly radio show to keep Spanish-speaking families up to date with what is happening in the district

“We were so surprised to see that in our first year of candidacy, we won national recognition,” said Francisco Rojos, spokesperson for Longview ISD. “We weren’t doing this for a price, it wasn’t our goal, our goal was families, connecting with them, keeping them informed, up to date, keeping them engaged and entertained, but when it happened and we found that we won, we were shocked.

Rojos said the idea started just over a year ago when the district’s community relations team met to discuss ways to reach Spanish-speaking families who have children at Longview ISD or who live in the Gregg County area.

â€œWe didn’t want to do the same things that every school district does, emails, letters,â€ Rojos said.

He said they got the idea for a radio show and contacted a Christian nonprofit radio station in Longview in Spanish, 92.7 FM. He said the district and the radio station have teamed up to bring the show to life and aired their first show in August 2020. The show’s first anniversary is next week.

He said he believed the radio show helped Spanish-speaking families be more open about their views and concerns about the district.

â€œAnother thing that we have noticed is that the Spanish speaking families in our school district now feel that trust and confidence to contact us if they have a concern, if they have an opinion they want to share, before we have noticed that. ‘they were very discreet, very calm, very silent, and we try to let them know on the show and during the show that they have a voice in this neighborhood, that they are relatives and that they are taxpayers Rojos said.

Longview ISD’s community relations department also won awards for an infographic, in-house produced video, and another award for their publication: The Longview Voice.

New project for YO1 Radio studio and York Roast Co