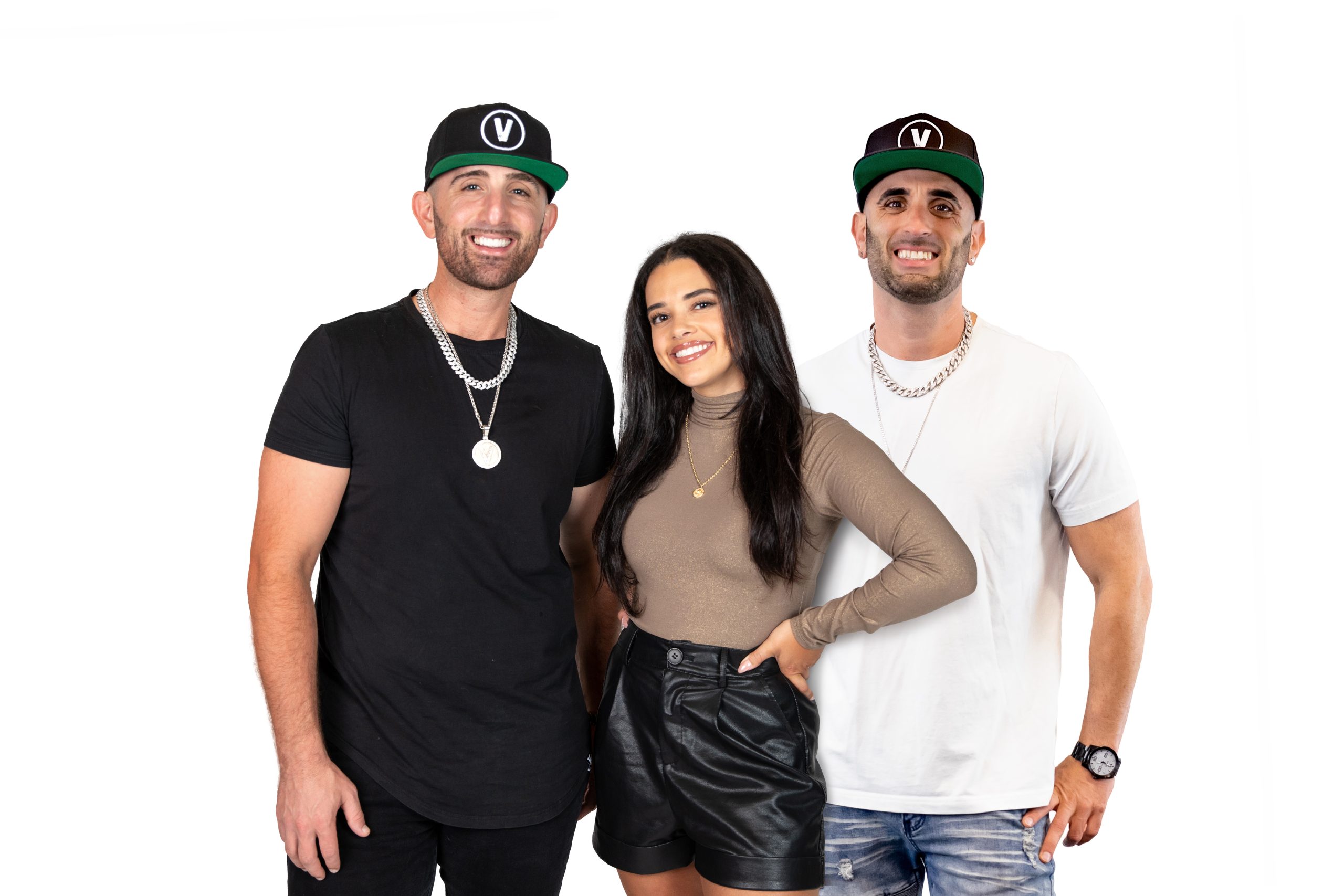 The new show will air on Kiss 108 weekdays from 2-7 p.m. Additionally, the show can be podcasted on iHeartRadio, the iHeartRadio app, and wherever podcasts are available, with new episodes airing every day of the week.

“Mikey V & Frankie V, The VBros” is a natural progression from the show that Mikey V had done. In recent months, his brother Frankie, a former on-air talent at Kiss 108 and currently on multiple iHeartRadio stations, has joined Mikey in developing an exciting new program that has received overwhelmingly positive feedback since the experiment began. This move is recognition of the show which has been in development for months.

Mikey and Frankie were born and raised in the MetroWest town of Framingham. Both have aired on Kiss 108 during their careers.

Older brother Frankie has since spread his wings on the West Coast with shows on Channel 93.3 in San Diego, KIIS-FM in Los Angeles, Kiss 107.9 in Sacramento and many other iHeartRadio stations across the country. Frankie will continue to co-host his hit morning show in San Diego.

Mikey made career stops in Ithaca, Indianapolis and Detroit before returning home. He’s been on air on Kiss 108 since 2013, hosting parties, now PM Drive, and can be heard on other iHeartRadio stations across the country. Mikey is also Assistant Program Director and Musical Director of Kiss 108.

Newcomer Gianna Gravalese adds the female perspective and produces the program; Gianna is another local talent born and raised in Revere. In addition to her role with The VBros, Gianna is an on-camera reporter for “Dirty Water TV,” a Boston-based late night cable show on NESN.

“This team has found the perfect combination of entertaining conversation and great music that resonates with Kiss 108 listeners,” said Dylan Sprague, Senior Vice President of Programming for iHeartMedia Boston. “We’re excited to hear what’s in store for this show.”

Mikey V added, “This is the type of show I’ve wanted to host since I started working in radio. It’s fun, it’s exciting and it’s unpredictable. It’s like a morning show in the afternoon. Even better, I can do it with my big brother and remind him daily that he is the older brother!

“If Mikey tells you it was his idea, don’t believe him,” Frankie V said. “It was my idea all along. He’s been stealing my game since he was born. I love my brother, but even though I’m the eldest, I look younger and if you call us twins, he’ll get mad. So please do it! Haha!”

“Mikey V and Frankie V, the VBros.” can be heard worldwide on the iHeartRadio app, Kiss108.com, and weekdays in Boston on Kiss 108.

iHeart is the largest podcast publisher according to Podtrac, with more downloads than the next two podcast publishers combined and has the #1 social footprint among audio players, with seven times more subscribers than the next audio media brand, and the only fully integrated audio announcement. technology solution for broadcasting, streaming and podcasting.