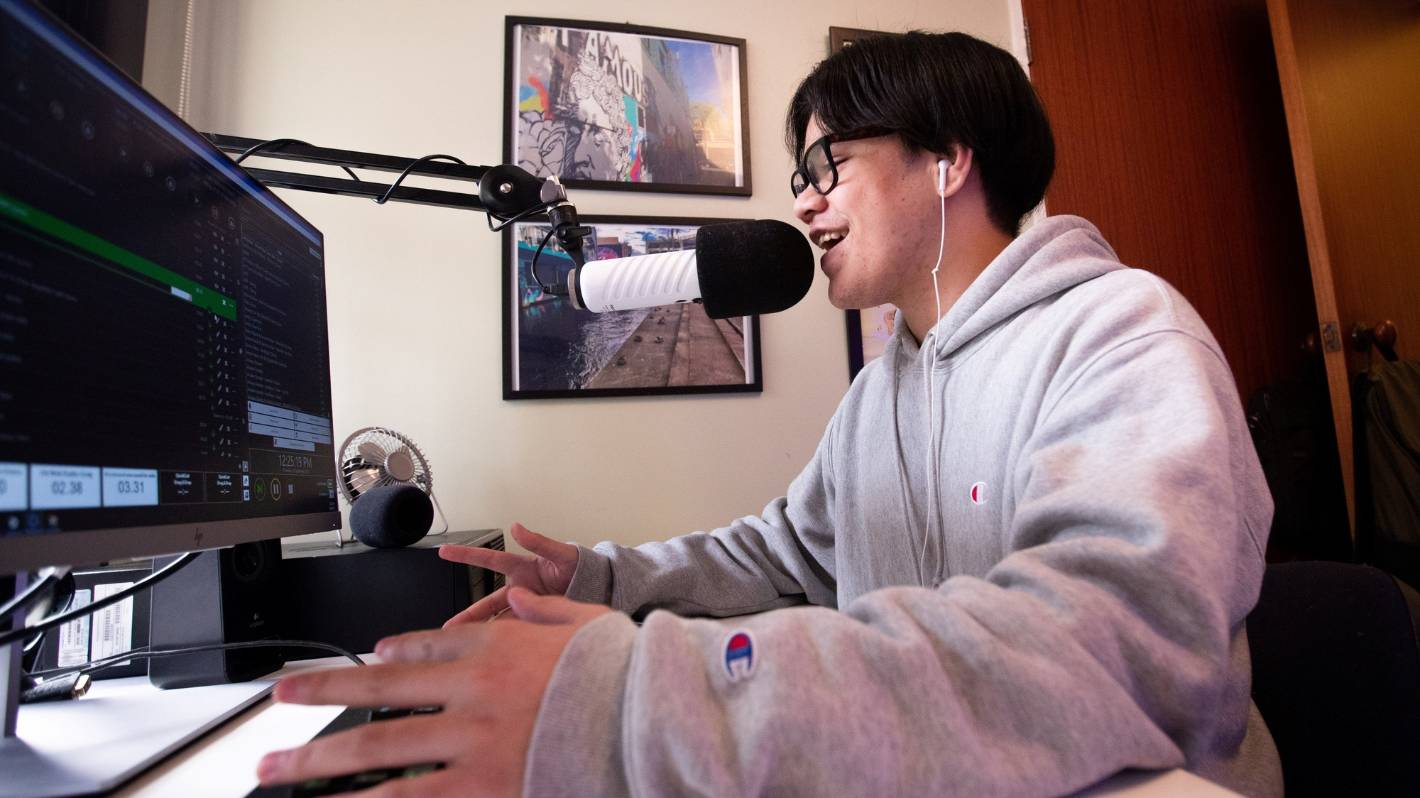 The Taranaki teenager runs his own radio station from his bedroom

Tyrese Epiha, 17, created and broadcasts her own radio station The Scoop Taranaki from her room in New Plymouth.

When Tyrese Epiha was younger he liked to listen to the radio and now he runs his own station.

The 17-year-old started The Scoop Taranaki, which streams music 24/7 from his Fitzroy bedroom, and dreams of one day having his own frequency.

â€œIt’s tough, but I want to be able to do what I love,â€ said Epiha.

He takes courses online and at home through Te Aho o Te Kura Pounamu and takes a broadcasting course at the Western Institute of Technology in Taranaki (Witt).

READ MORE:
* Taranaki’s teenage tennis player gets scholarship from the United States
* Lockdown of young entrepreneur from Taranaki turned ‘special’ with national victory
* The Taranaki Schools Exhibition kicks off with live music from the students on Thursday

â€œI thought they looked like they were having so much fun. “

Then, about a year ago, Epiha decided he wanted to get into radio and try to have fun on his own.

“I thought I had a microphone, I have a computer, why not? “

He began practicing a voice over the radio, speaking to himself, in the comfort of his room.

Three months later, he launched a live video on social media, discussing topics he had planned the day before.

About 200 of his friends and whÄnau tune in to hear him talk about local news, the latest trends and â€œthings that are happening in the worldâ€.

Last week, he hosted a show on The Collaboration in the New Plymouth CBD, for the opening of the Taranaki Schools Exhibition.

Epiha is currently developing a website for her station and is planning a drive-in show between 4 p.m. and 6 p.m. soon.

And, he also has advice for other kids: “Find your passion and stick to it.”