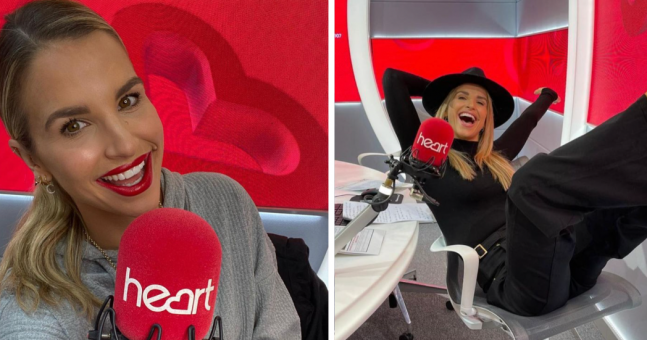 She’s been there for two years.

Vogue Williams has revealed that she is quitting her Sunday morning radio show with Heart FM in order to spend more time with her family.

Vogue hosted the morning slot on the UK radio station for almost two years before making the decision to quit the show.

The Howth native is expecting her third child with husband Spencer Matthews, with the couple already parents to a three-year-old son named Theodore and a one-year-old daughter named Gigi.

Now that she is expecting another baby, Vogue wants to spend all the free time she has with her growing family, telling her followers on social media exactly why she made the decision.

She wrote: “What a brilliant almost two years it’s been at @thisisheart â¤ï¸ I quit my Sunday morning show, but just found out the amazing news that my girlfriend and fabulous host @katrina_ridley is taking over!

â€œI love radio, loved working with Heart but found it hard not to have days off most weeks.

“Sunday will be my day of relaxation, lazy mornings with my babies and Spen!”

Vogue announced that she was pregnant with her and Spencer’s third child last month in an exclusive interview with Hello Magazine.

The presenter and her husband Made in Chelsea await their new arrival in spring 2022.

Saying â€œdelightedâ€ to find they were waiting, they added that they had been trying to expand their family for some time.