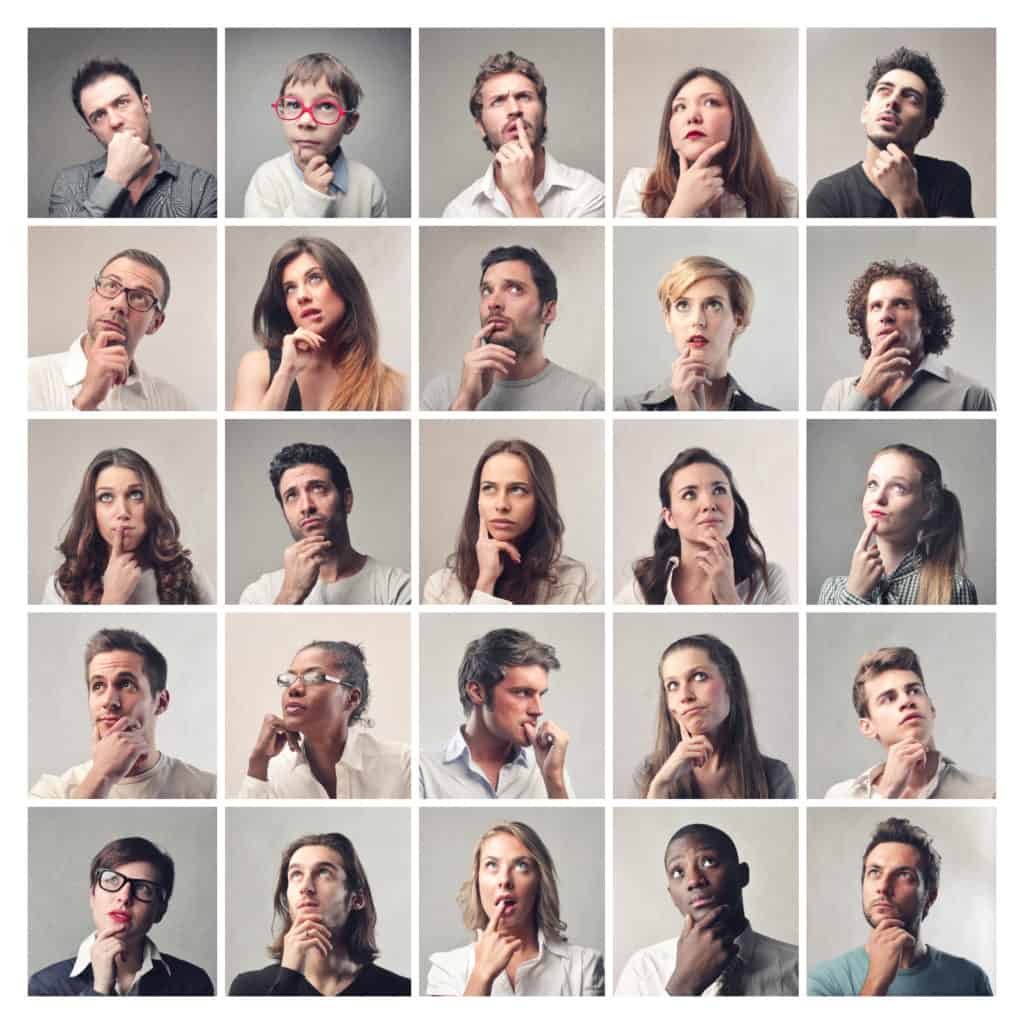 What if listeners don’t have a favorite radio station? [Fred Jacobs]

While market research has historically identified listeners as gender-specific fans, changes in consumer behavior could begin to suggest that, increasingly, many listeners simply do not have a preferred genre. .

Sometimes we (radio) programmers have a feeling – a pang in the heart, an itch – and we often can’t explain it. I realize that in our highly calibrated, data-rich, algorithmically designed world, feelings sound like they’re from the Renaissance era.

Now let me remind you that I am a researcher and love when a new study comes along or when Jacobs Media conducts one. In fact, I consider myself to be a kind of â€œdata whispererâ€. I have the ability to look at research – often in multiple markets – and link it together. When I’m on my game, I can connect these number dots and often see what the data is trying to tell us – beyond the spreadsheet.

But I also like talking to listeners – better put, listening to them, usually in focus groups and one-on-one interviews. These days, they’re on Zoom. And if you spend enough time listening to their media habits, loves and hates, patterns and images are formed. And that’s where these non-statistical feelings come from.

I am often asked how I understood that classical rock was an underrated but passionately desirable musical trend that was bubbling up in the early 1980s. The point is, there was no data that told me that it could be. a successful and sustainable format that would last over 35 years. I have felt it.

It was a combination of all of those focus groups, talking to listeners at station events, answering request lines, talking to other programmers, and watching the pop culture emerging around me. At that time, movies like The big thrill were killing it at the box office with nostalgic soundtracks, while on the other hand, MTV stations and â€œHot Hitsâ€ CHR hammered out all of the day’s big hits. You could to feel fragmentation.

Smart Speakers 101 Our webinar will tell you everything broadcasters need to know about smart speakers like Amazon Echo, Google Home, and Apple Homepod.

These days, I feel something else. I don’t have any data to back up my notion – it’s not even a theory. And maybe I’ll disturb a few feathers in the radio research community, a club that I’m a member of.

Simply put, I see and hear changes in the wind when it comes to the way consumers listen to radio, as well as the growing legions of other sources.

We researchers like to categorize and rank listeners. She is a Country fan. He’s a classic rocker. And since I’ve been on the radio, Measure of the Holy Grail has been his â€œfavorite stationâ€. We have come to believe that this says a lot about a listener and their habits. Best of all, it’s easily traceable. If you’re gaining or losing ground – even by a percentage point or two – you’ll usually learn it in the form of the favorite station metric – the one that consumers listen to the most.

For the past several decades we have called this station the P1 because that’s how the rating services – first Arbitron, and now Nielsen – “cut the data”. It is the place that a listener spends the most time with each week. Of course, this measurement varies. Some are heavy listeners while others are not. You are considered a P1 if you spend hours and hours every week listening to “The Eagle” station or just a handful of quarters of an hour listening – as long as that’s the station you have the most. listened to during a given period.

In 2020, is P1 a valid measure of consumer behavior – and above all, of their way of thinking?

What if more and more listeners don’t really have a favorite station? Maybe they still listen to the radio, but hit rather than have a clear preference, splitting their time with different services and platforms. Or, in fact, they spend more time listening to a single station, but the joy, passion, and loyalty are lacking.

I have a feeling – yes, that’s it – that I’m describing a growing list of media consumers – people who really can’t give you a clear and comfortable choice. Try it yourself. Ask people you don’t know (so they don’t know where you work) to name their favorite radio station.

I bet you will meet a lot of them:

â€œWell, I really don’t have a favorite. “

They can tell you that they hit a lot in an attempt to avoid commercials and songs that are beaten to death. But I bet you’ll meet a lot of people who won’t easily give you a preference.

So what happens when these research surveys are done? After all, if you have a sample of 500 people, most if not all have given you their choice of radio station.

Or did they do it?

When interviewers are unsure of the preferred station, how many are asked to ask, “Well, if you had to pick a radio station, which one would it be?” “

It’s not exactly an endorsement.

And in online surveys, do respondents have this type of option, along with this long list of local market AMs and FMs:

“I don’t have a favorite radio station at the moment.

How many would willingly accept this option if offered to them?

And then there is this …

Most radio searches qualify respondents by asking (potential) respondents if they are radio listeners. Maybe it’s 30 or 60 minutes a day, or a minimum number of days in a week. Either way, most research studies avoid those that have little or nothing to do with AM / FM radio. Their reason for being? Why talk to defectors unlikely to return?

So what is the net effect? After all, don’t we just want to know what radio listeners think about local stations in the area?

Of course we do. But the radio qualifier issue obscures or diminishes the effects and impact of satellite radio, audio streaming platforms, podcasts and even audiobooks on FM radio.

And even when non-broadcast outlets show up, ranking competitively in the P1 and / or Cume columns right next to local radio stations, the results are usually greeted with shrugs. After all, we’re not really competing with SiriusXM or Spotify, are we? And why should we waste precious time and money looking for those who are long gone?

These practices leave broadcasters with a false positive. When you only study a relatively small group of local broadcast stations, strategies, tactics and solutions always fit within the context of radio. How to win the image of the Country on the Wolf? How do we make sure we get the credit for being the bus station? How do we make sure our 30-minute ad-free rides outperform our radio competitors?

I’m not aware of research in other areas, but I suspect the network and local TV channels are all too aware of the rankings of Netflix, Disney +, and Amazon Prime Video. Automakers are likely following Tesla and other upstarts, even though they make electric vehicles rather than internal combustion cars and trucks. So why wouldn’t broadcasters want to know where their â€œearsâ€ are moving?

You can’t compete with services you don’t measure. If you don’t track listeners’ satisfaction – or lack thereof – with â€œotherâ€ audio sources, how can broadcasters really understand the evolution of the audio market?

There may be a ‘take your cake and eat it too’ solution. How difficult and / or expensive would it be to collect demographic information at the start of a survey (unconventional, I know), followed by a question like this:

â€œOf all the audio sources available – including AM / FM radio, streaming audio channels, satellite radio and podcasts – which one do you listen to most often in a typical week? “

The search might even grab the second and third choice. And if the respondent does not listen to AM or FM radio, they are terminated, but included in the totals. In this way, they are counted without disturbing other key study questions which may be more radio-centric.

It all reminds me of how systematically public radio was ignored in the pre-PPM era. Their ratings just weren’t published in markets measured by a journal – at least in physical books. You could only see them when you were running leaderboards on a computer. The net result? Out of sight out of mind.

Most commercial broadcasters had no idea how well the public radio station performed in their markets. And over time, they didn’t care. A look at today’s ratings – PPM and agenda – in many markets reveals that many public radio stations are not just competitive – they are often dominant, occupying the top three spots in the key demographic groups.

Today’s programmers are conditioned to ignore the performance of SiriusXM, Spotify, podcasters and other digital players in their local markets. We know they’re out there, we know the people are listening. But they don’t appear in Nielsen’s books, and we usually hush up their appearance in our research studies.

At our own risk.

Fred jacobs President and Founder of Jacobs Media Fred Jacobs founded Jacobs Media in 1983 and quickly rose to prominence for the creation of the Classic Rock radio format.

Jacobs Media has always walked in the digital space, providing information and advice through its well-read national Techsurveys.

In 2008, jacapps was launched – a mobile apps company that has designed and built over 1,300 apps for the Apple and Android platforms. In 2013, the DASH conference was created – a radio and automotive mashup, designed to foster a better understanding of the â€œconnected carâ€ and its impact.

In addition to providing the creative and intellectual direction for the company, Fred consults with many clients of Jacobs Media’s commercial and public radio, as well as media brands looking to thrive in a rapidly changing technological environment.